Coming out of Hibernation

April 08, 2014
Spring is springing--it's time to come out of hibernation. And Elizabeth Eslami has a new book out that should definitely do the trick. It's called Hibernate, and it's got one of the most amazing book trailers... seriously... I want to watch the movie! 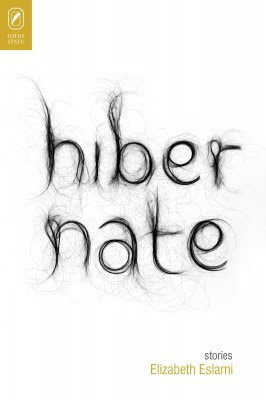 Elizabeth Eslami follows ordinary men and women who slowly bump heads with hard choices.  A fishing trip forces two Montana brothers to grow up in ways they could have never expected.  A Sudanese immigrant begins a new life with his girlfriend in America, only to find himself sucked in to his mother’s past transgressions.  A group of tourists visits an Indian pueblo and realizes their tour guide is nothing like they expected.  A shipwrecked captain and his men cling to the company of narwhals and Eskimos.  And in the unforgettable title story, two lovers trade life as they’ve known it for an escape in the extraordinary.  Eslami moves her restless, resilient characters across an uneven landscape toward a hard earned place of peace.


“Each of Eslami’s stories works on the reader like a solar eclipse. There is the same feeling of melancholy suspense, the expectation of something rare and beautiful, of being held both inside and outside of time. And then comes that brief moment when we are able to look fully at what would otherwise blind us, those things we do to each other in the name of love and anger and fear.” -Karen Palmer, author of All Saints

”Using clean lines, Eslami cannily depicts the variety of human strangeness and longing. These stories are sage, vital, and addictive. More than that: they will pierce your heart.” -Elise Blackwell, author of An Unfinished Score 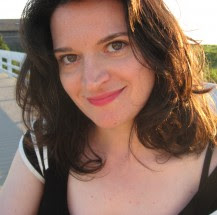 Elizabeth Eslami is the author of the forthcoming story collection, Hibernate, for which she was    awarded the 2013 Ohio State University Prize in Short Fiction, and the acclaimed novel Bone  Worship (Pegasus, 2010).  Her essays, short stories, and travel writing have been published widely, most recently in The Literary Review, The Sun, and Witness, and her work is featured in the anthologies Tremors: New Fiction By Iranian American Writers and Writing Off Script: Writers on the Influence of Cinema. She holds a BA from Sarah Lawrence College and an MFA from the Warren Wilson MFA Program for Writers. Elizabeth is a senior prose editor at Tupelo Quarterly and currently teaches in the MFA Program at Manhattanville College.