Showing posts from January, 2013
Show all

I went to the doctor yesterday. He's been giving me antibiotics for a lump at the top of my thigh, but it wouldn't go away. So there was I, expecting he'd just say, "Keep taking the tablets." And instead he asks me, "Well, shall we take it out?" What! Now! I thought for about a minute and said yes, since sitting on the lump was rather a pain. Now I'm  sitting on a hole. Thing is, the lump really didn't seem so big. Just something slightly out of place, not quite right, that wasn't too bad to live with. But now I've seen how much was hidden underneath (think a rather solid eyeball perhaps) I'm really glad I'm rid of it. One day later, sitting slightly awkwardly in my computer chair, I'm editing the sequel to my novel, Divide by Zero . Part 2 of this companion tale's not quite right but not too bad for me to live with either. Maybe I just need to tweak this chapter, or that... Or maybe I should take out the rather solid
2 comments
Read more

I've reviewed quite a few Seventh Star Press books now and I'm always delighted to get another one. Fantasy, science fiction, horror, great illustrations... whether it's an adult short story like R. J. Sullivan's Haunting Obsession , young adult fantasy like Jackie Gamber's Redheart , complex fantasy worlds like D. A. Adams' Brotherhood of Dwarve s or Steven Shrewsbury's Thrall , or sci-fi/horror/mystic blends like David Blalock's Angelkiller , I've really enjoyed them all (as you'll see by following the links to my reviews on Gather). So the announcement that Seventh Star Press is proud to reveal the new cover created by award-winning artist Matthew Perry for the upcoming release of the Writers Workshop of Science Fiction and Fantasy really has to be interesting... It's got a great cover (of course) and must surely be an interesting book for anyone writing sci-fi and fantasy. Developed by Bram Stoker Award-winning editor Michael
Post a Comment
Read more

A line between fantasy and reality

January 28, 2013
My older brother, aged ten at the time, informed me in superior tones that telling stories was the same as telling lies. It's true, I suppose. When I tell a story I'm telling about something that never happened to people who never existed. But I don't expect anyone to believe me--I want to make it sound real, not be real--I'm after that willing suspension of disbelief that lets the reader enjoy the experience. Maybe "willing" is the word that makes it not really "lying." Of course, I challenged big brother eventually and asked if watching TV shows made the producer, the actors or the watchers into liars. And what are you when you talk about a show? ( Did you watch Downton Abbey last week? Why didn't the expert doctor see the signs? Am I indulging in a lie by wondering? ) Fantasy stories can't count as lies--not in my brother's eyes--since no-one ever expects to believe them. But action adventure's not very real either--just fun...
1 comment
Read more

I just read and enjoyed two books that touch on Easter and Lent, Christianity, history, research and the facts behind the stories. The writers are very different people; their traditions and beliefs probably differ too; but their rigorous investigation, combined with honest faith, tie these books together for me and make me thoroughly glad I got to read read them both. (Click on the pictures to find the books on Amazon) John's Gospel, the Way It Happened, by Lee Harmon , combines two fictionalized accounts with excellent essays describing his research, discoveries and conclusions. In one thread, the aging John argues faith and facts with a much younger, disillusioned Matthew. In another the preacher Jesus faces a path that leads where he may not want to go. And in separate boxes and essays, intersperced throughout the text, readers can find fascinating facts, intriguing comparisons, and enthralling parallels. It's a controversial book, deliberately so, and not one for reade
Post a Comment
Read more

I got in trouble with a reviewer once for describing a new adult book as young adult . (Don't miss Alexandra Lanc's visit to my blog next month where she explains the difference.) Another time I reviewed a children's adventure that was really young adult. Then there are mysteries that are actually horror, romances that read more like drama, Christian fiction with more of a vaguely spiritual fantasy feel. (Don't forget edgy Christian fiction too). A friend wanted to write a query letter and asked me what genre I'd put her novel in. Luckily she also asked lots of other people and did some great research on the internet. After all my reviewing, I'm really not sure I could have helped her. If a novel includes people falling in love, does that make it a romance? (Troy and Lydia fall in love in Divide by Zero , but there's lots more going on.) If somebody dies and the cops are involved, does that make it police procedural? (They're only minimally involv
Post a Comment
Read more

What can you do in five minutes?

What can you do in five minutes? Answer five emails if well-caffeinated and undistracted. Otherwise it might take fifty-five. Read a very short story, unless you end up looking for other books by the same author and meandering the internet instead. Plan the day's schedule, unless planning involves getting started on the schedule, in which case you'll never end. Make coffee. That helps with the well-caffeinated bit. Drink coffee. That counts as distraction. Make tea, though deciding between coffee and tea can take more than five minutes on its own, so I'm not sure that counts. Make a decision--probably not. Make a snap decision, perhaps. Buy a book, but let me into a bookstore and I'll be there for an hour or more. Buy a book as long as the line's not too long at the checkout. Buy an ebook because there's no line. Read a bedtime story at the end of the day, then spend fifty-five minutes getting the kids to stop playing. Tell a bedtime story, then sp
Post a Comment
Read more

When even time won't take you seriously - with Andy Gavin

There's a young adult book I'm really looking forward to reading soon called Untimed --isn't that a perfect title? The cover's pretty intriguing too. And author Andy Gavin's previous book, the Darkening Dream , was very enjoyable ( read my review here .) I'm delighted to welcome author Andy Gavin to my blog today to tell us a little about where the story and characters came from, whether our time, another time or none, but read on and find out. Over to you Andy. Typically, Untimed began from a fusion of ideas. Lingering in my mind for over twenty years was a time travel story about people from the future who fell “downtime” to relive exciting moments in history (until things go wrong). I worked out a time travel system but had no plot or characters. Separately, in 2010, as a break from editing The Darkening Dream , I experimented with new voice techniques, especially first person present. I also read various “competition.” One of these was The Lig
Post a Comment
Read more 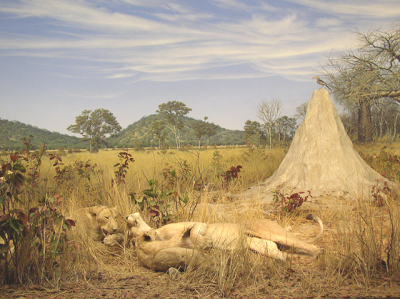 Looking for a really intriguing read today? Then I have just the thing for you--Simplifying History, by Kathleen Flanagan Rollins, author of the wonderful Misfits and and Heroes ( click here for my review ) and the new volume Past the Last Island . I loved Misfits and Heroes and can hardly wait to read Past the Last Island too. Simplifying History             When I was growing up, dioramas were popular exhibits in museums.   Maybe you remember them.   They ranged from miniature battle scenes with scores of carefully painted tin soldiers to life-size spreads featuring dead, stuffed animals of specific areas, like the Northwoods or the African Plains.   They were at once appealing and simplified, or perhaps appealing because they were simplified.   Yet ultimately, their simplification robbed them of truth. Diorama, Denver Museum             The battle scene was probably carefully researched, the background carefully painted, the uniforms and insignia of the combatants,
3 comments
Read more
More posts