What roles are you committed to, and what if you were really "committed"?

Today I get to welcome author Paoline Milana to my blog, with her book Committed. After reading a little about the book and author, I realize why this could be such a readable and important book, so look below for places where you can buy it, and please enjoy this note from the author. Thank you for visiting my blog, Paolina.

SHIFTING THE SCRIPT OF INSANITY 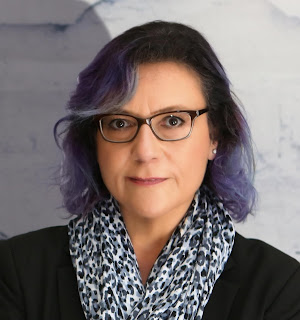 My mom and my younger sister were both diagnosed with paranoid schizophrenia. From the age of about ten, my life and that of my family revolved around mental illness. In my early twenties, when my father died, I took on the role of primary caregiver. I kept secret from the outside world the fact that insanity had taken root in my family tree, and I was tasked with tending its garden. As strong as I was and as much as I appeared a success from the outside looking in, I struggled to stay sane while surrounded with madness.

The story I was living, the beliefs I held, the shame I felt nearly did me in.

I had to shift my script.

The title of my book COMMITTED reflects the reimagining of my world with words and beliefs that would take on a new perspective and multi-layered meanings. For example, “committed” held varied definitions, all of which held true:

1. Feeling dedication and loyalty to a cause, activity, or job; wholeheartedly dedicated—As in, “She’s committed to her role as a caregiver.”

2. To carry out or perpetrate (a mistake, crime, or immoral act)—As in, “She committed such acts of desperation.”

3. Sending (someone) to be confined in a psychiatric hospital—As in, “She had her mom and sister committed.”

After decades of serving as caregiver to crazy, without question, I had joined the ranks of those whom society would say needed to be committed. The questions of “What was normal?” and “Who really could be called crazy?” were now joined by “How did being committed to a cause or a person or a belief have the potential to lead one to actually getting committed for psychiatric care?”

I didn’t and don’t have all the answers. What I do know, however, is that every one of us is “crazy” or has the potential for becoming so. There will be times when we will align with what might be considered “normal,” and times when we will fall outside of society’s accepted scope. Our passions and commitments may blur boundaries to the point where we may be the ones who need to be committed. And, at times, those who find themselves clinically diagnosed, labeled as insane and actually committed could be the sanest among us.

The definitions we assign, the beliefs and stories we tell ourselves, the insistence of what should be and that it can only be black or white: That is the insanity and what causes us to suffer.

Shifting the script is when we can see and accept all sides as part of the whole and are at peace with both the light and the dark. The reality is that we ebb and flow along the spectrum of everything that makes us human. Our power isn’t in being perfect but in exposing our flaws, ending the stigma that comes with them, and no longer fearing the darkness but embracing it. 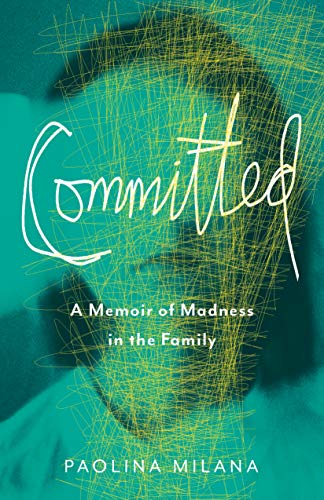 Los Angeles – May 2021 - Imagine keeping a family secret about your mother’s mental illness and growing up as one of the offspring charged with “caring for crazy.” Then, to compound the horror, witnessing another version of schizophrenia as it consumes your younger sister – who you practically raised yourself, thanks to your mother’s frailty. To see Paolina Milana as an example of resilience might be the understatement of all time.

As a 20-year-old, Paolina gets a chance to escape her circumstances by attending an out-of-state school, but the madness she tries to leave behind will not let her be as letter after letter arrives, constantly reminding her of the insanity from which she longs to break free. Making matters worse, the voices in her own head whispering words she’s not sure are normal, further her fears. “Please don’t make me be like Mamma,” she prays to a God she’s not sure is listening.

The unexpected death of her father soon after she returns home leaves Paolina in shock—becoming fully in charge of her paranoid schizophrenic mother. But it isn’t until at age 27, when her younger sister explodes in a psychotic episode, is diagnosed with paranoid schizophrenia and must be committed, that Paolina descends into her own despair, nearly losing herself to the darkness.

Beautifully written with flourishes of handwritten letters (in Italian) from her parents, recordings of her own inner voices challenging her every move, and a heartbreaking slew of sticky notes revealing the harrowing thoughts of her sister’s delusional mind, Paolina’s epistolary memoir invites readers into her inner circle of intimate encounters with mental illness. Poignant and impactful, Committed is a story of resilience that teaches and inspires, not as a tidy narrative, but as an authentic and rare share that speaks to the struggle of staying sane despite being surrounded by madness.

WHERE TO FIND COMMITTED

Available for preorder online and wherever books are sold on May 4, 2021 (She Writes Press)

Paolina Milana’s mission is to share stories that celebrate the triumph of the human spirit: To unleash the power that lies within each of us to bring about change for the better.

Milana’s professional background is rooted in journalism where as a features writer for a major daily newspaper in the Midwest, she told the stories of other people. Then she moved to the field of PR/media and digital marketing as an executive in both corporate and non-profit environments. Given her experience in an emotionally tumultuous household where she was put in the position of caregiver to unstable family members, she is uniquely qualified to serve as a Court Appointed Special Advocate (CASA) for children in foster care and as an empowerment and resiliency coach, using storytelling to help people reimagine their lives, write their next chapters, and become the heroes of their own journeys.

Paolina has won awards for her writing, including her first book, The S Word, which received the National Indie Excellence Award. Her self-help picture book for adults, Seriously! Are We There Yet?!, and her holiday fiction novel, Miracle on Mall Drive both published in late 2020. Paolina is first-generation Sicilian, married, and lives on the edge of the Angeles National Forest in Southern California.

WHERE TO FIND HER