Can you handle the publishing journey? 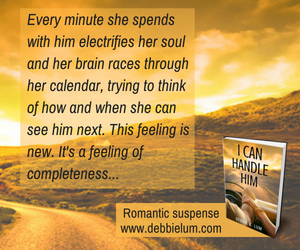 Today I'm delighted to welcome Debbie Lum to my blog, author of the new novel I Can Handle Him. It's her fourth novel, and she's kindly offered to share some details of how she handled the journey toward publication, so over to you Debbie, and thank you for visiting my blog.

ON MY PUBLISHING JOURNEY by Debbie Lum

I never set out to write a book. I’m not a reader, so books aren’t part of my everyday life. But now that I’ve written five novels, it’s fun to look back at how it all began. Here’s a countdown from the beginning on my publishing journey.

10. I had a story rambling around in my brain. One night, I got off of the treadmill, opened my laptop, and began to type.

9. Two months later, I thought maybe I had written a book. I Googled the words: “What do you do if you think you wrote a book” and devoured the answers. I read blogs. I ordered “How To Get Published” books. 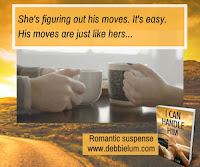 8. According to the blogs and books from #9, I had done everything wrong. So, I tweaked my manuscript.

7. I hired an editor to do a manuscript review. She had good feedback! And she had a major suggestion: change the manuscript from first-person to third-person.

6. I rewrote the manuscript; hired another editor; hired a cover designer and interior formatter; hired a director for a book trailer. I incorporated a business and bought domain names. 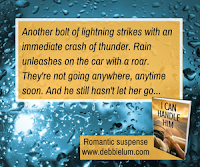 4. I wrote query letters to agents. “Send five a week,” the reference books said. I sent out my first five and stopped. Why was I trying to get an agent? Self-publishing was easier. Faster. Everything was at my fingertips. I had full control. My own ISBN’s, hundreds of editors and cover designers for me to choose from, and all potential book revenue would be 100% mine.

3. I quietly enlisted friends to read and I listened to their advice. I made adjustments.

2. After a final manuscript review with a professional editor, I uploaded my first book to CreateSpace (Amazon), IngramSpark (Barnes and Noble and libraries) for print and eBook, and then iTunes and Kobo for eBook only. 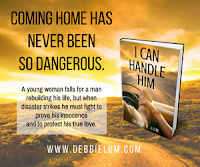 1. And then three years after opening that blank Word document, I wrote a Facebook post announcing to my friends that I had written a book. They were all shocked but were more surprised when I said that I had already written the second. And then I blew their minds when I announced I had already written the third. That announcement was one crazy-fun way for a non-reader to launch a trilogy.

Wow! It sounds a wonderful way to launch it, and I kind of wish I'd met you years ago! I'm heading into relaunching my trilogy though, so maybe... Many thanks for the advice nicely hidden in your words.

Meanwhile, here's how readers (and other writers)  can find Debbie

and here's some information about that book (in case you've not been reading the quotes in this post):

About the Book:
Quinn Corbin’s got nothing to lose – except her life.

The 24-year-old bubbly optimist has arrived back in her hometown of San Antonio, Texas, with her new Master’s degree in hand, a great teaching job secured and romance on her mind. She and her best friend Tory Taylor are eager to reconnect with each other and some old friends, especially their handsome former co-worker Nick Allen. And Quinn’s finally got Nick’s attention. However, Nick is recovering from a disaster: his girlfriend Sienna Brown died when a fuel line burst as she was driving his car. Many in town blame Nick’s poor car maintenance for the fiery accident. Although Nick was never charged, Sienna’s older brother Reed thinks he should be. And Reed knows a thing or two about cars: his family owns the largest car dealership in town.

But Quinn believes Nick is innocent. So does her best friend Tory, a law student and sarcastic realist. Soon Quinn and Nick find their relationship growing when suddenly their world upends. Now Nick is in major trouble again and Quinn may have made the biggest mistake of her life. With incriminating evidence mounting against Nick, Tory works to prove his innocence. But Nick finds himself in a bigger battle when he must fight to protect, and win, his true love.

DEBBIE K. LUM is an unlikely author of five novels, a non-reader who was inspired by a self-esteem ad campaign encouraging little girls to dream big. Her romantic suspense novels (The Plebeian Series and The Doctor, The Chef, or The Fireman) feature fun, flawed characters with steamy and complicated relationships (and plenty of surprises!) She is a native of Tampa, Florida and earned her baccalaureate degree in Mass Communications at the University of South Florida. She was an accredited member of the Public Relations Society of America, serving that organization as Sunshine District chairman and president of the Tampa chapter. She enjoyed a 28-year career in marketing, working in banking, tourism and higher education. She splits her time between Florida and Texas. She is married and has two sons, one in law school and the other in college. 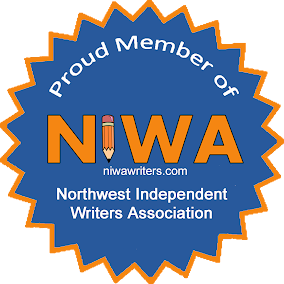