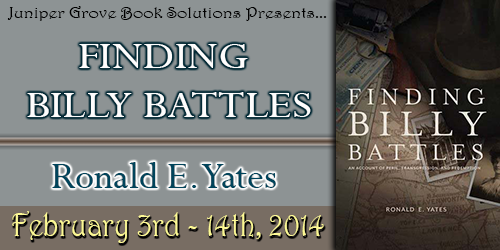 Today I'm delighted to welcome author Ronald E. Yates to my blog. His novel, Finding Billy Battles, is touring the internet with a tour-wide giveaway, so don't miss the rafflecopter at the end of this post.

Finding Billy Battles is a historical action tale for age 17+, built around secret diaries. With its setting in multiple locations and different times, I wondered what particular challenges the author had to overcome in writing it. So, over to you Mr. Yates, and thank you for visiting my blog:


What challenges did you face while writing Finding Billy Battles?

First and foremost I needed to approach writing Finding Billy Battles as my permanent job. My 25 year-long-life as a journalist got me used to working with deadlines. So I set deadlines for myself and tried my best to meet them. For example, I established a writing regimen for myself. I normally write at least six days a week (sometimes seven) for about 3-4 hours a day. When I finish writing then I devote a few hours of doing research for the chapter or narrative that I will be working on the next day. I try to produce at least 3,000 to 4,000 words every day. I don't always achieve that goal, but I strive for it.

Another challenge was getting the time and place of my novel right. This book is classified as historical fiction. And even though I grew up in Kansas and I know the places where my characters live and work very well, I didn't know what those places were like between 1878 and 1894--the time span in which the first book in the Finding Billy Battles trilogy takes place. So I had to do significant research and I am glad I did. It helped me write a book that I believe is historically accurate.

Another challenge was getting the patois or the dialect of the time and place right. People spoke differently in 19th Century Kansas than they do today. They dressed differently. They interacted with one another differently. It was a time of face to face communication. Telephones were a rarity and of course social media back then meant meeting at church, at a barn dance--or, in the case of some people--in a saloon. Transportation was an adventure. Trains were the fastest way to get from point A to point B--IF there were tracks. Horses were the most common means of moving about. I had to get all of that right down to the sounds, the smells, etc.

Historical fiction demands accuracy. Otherwise your readers will not believe your story. We all suspend belief when we read fiction, but even when we do, we want the story to have a true ring to it. You cannot achieve that if you aren't accurate with the construction of your setting, the behavior of your characters and the vernacular of the era. Those were all challenges I faced, but I enjoyed facing them.

In book two of the Finding Billy Battles trilogy, I will face even more because Billy finds himself in French Indochina, The Philippines, Hong Kong and Singapore of the 1890s--and those places were a veritable paradise for polyglots, miscreants, spies, and people running away from something like Billy Battles.

It sounds like a fun trilogy, with lots to attract readers, and I think you're right about the value of accurate details--especially of details that engage all the senses. I think I shall enjoy reading these.


About the Book: In Western Kansas, 1860, BillyBattles is born on a remote homestead just off the storied Santa Fe Trail. More than one hundred years later a great-grandson inherits two trunks filled with Billy’s personal effects. In those trunks are several secret journals that reveal an astonishing life of adventure and violence that until now was obscured by the haze of time and Billy’s desire for secrecy.

The journals tell of a man both haunted and hunted who, in a desperate search for peace and redemption, journeys far from the untamed American West to the Far East, South America, and Europe. In amazing detail they describe Billy’s interaction with a wide assortment of men and women–some legendary, a few iniquitous, and many lost to history. They also recount his participation in such cataclysmic events as the Spanish-American War, turmoil in French Indochina, and violent revolutions in Mexico and South America.

Complying with Billy’s last request the great-grandson assembles the journals into a compelling trilogy that reveals a man often trapped and overwhelmed by circumstances beyond his control, but who nevertheless manages to persevere for ten decades.


About the Author:    Ronald E. Yates is a former award-winning foreign correspondent for the Chicago Tribune and Dean Emeritus of the College of Media at the University of Illinois where he was also a Professor of Journalism. 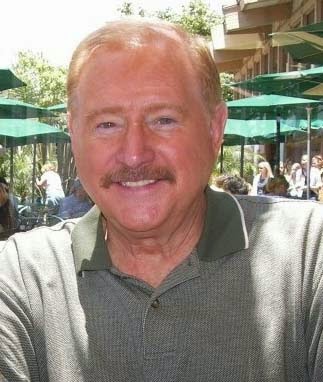 He is the author of Finding Billy Battles, the first in a trilogy of novels published Nov. 2013 and The Kikkoman Chronicles: A Global Company with A Japanese Soul, published by McGraw-Hill. His books also include Aboard The Tokyo Express: A Foreign Correspondent's Journey Through Japan, a collection of columns translated into Japanese, as well as three journalism textbooks: The Journalist's Handbook, International Reporting and Foreign Correspondents, and Business and Financial Reporting in a Global Economy.

Yates lived and worked as a foreign correspondent in Japan, Southeast Asia and Latin America where he covered several major stories including the fall of South Vietnam and Cambodia in 1975, the 1989 Tiananmen Square tragedy in Beijing, and revolutions in Nicaragua, El Salvador an Guatemala. He is a graduate of the William Allen White School of Journalism at the University of Kansas.


And now for the Giveaway:
There is a tour wide giveaway. Prizes include the following:
a Rafflecopter giveaway
guest post

Laurie-J said…
Thanks for posting, Sheila! I loved this book and Ron's guest post about the challenges writing it is interesting.
February 12, 2014 at 5:51 AM

Malcolm R. Campbell said…
I like the premise of this story, and I especially like hearing about the research.
February 13, 2014 at 9:33 AM