Today I have the privilege of welcoming Russell Blake to my blog. Russell Blake is the author of eighteen novels, including Fatal Exchange, The Geronimo Breach, the Zero Sum trilogy, The Delphi Chronicle trilogy, the Assassin series (Night of the Assassin, King of Swords, Revenge of the Assassin, Return of the Assassin), The Voynich Cypher, Silver Justice, JET and JET II - Betrayal, as well as the non-fiction tomes An Angel With Fur, and How To Sell A Gazillion eBooks In No Time (even if drunk, high or incarcerated). His ramblings can be found at his blog, at http://RussellBlake.com, and his entire catalog of work at his author page on Amazon. http://www.amazon.com/Russell-Blake/e/B005OKCOLE

Russell Blake's latest books, JET and JET II Betrayal, star a great new female action heroine, so read on and find out more about where she came from. Over to you Russell, and thank you for visiting my blog.

There are few things more fun and exciting for an author than creating a new protagonist. The infinite possibility that the blank page holds is both daunting and exhilarating. What will he/she be like? What character traits, strengths and flaws will he/she have? How will he/she view the world? What dark secrets does his/her heart hold?

I recently launched my second female protagonist-driven thriller, and it's done pretty well - Silver Justice. That protag, Silver Cassidy, is an FBI team leader who specializes in serial killers. She's a single mom struggling to make it in a male-dominated career, with a lousy ex who's trying to put the screws to her while she contends with a pressure cooker situation as a killer goes on a savage killing spree...basically, a woman who is keeping her head above water, but upon whom the effects of the mounting demands are taking their toll. 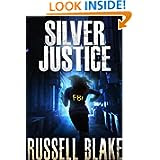 About three quarters through writing Silver, I had an idea for a completely different kind of action heroine. When I first conceptualized this new creation, I had four words that I used to tell my friends what my next book would be like: Kill Bill meets Bourne. From that vague idea came my latest, JET, and JET II - Betrayal, about an ex-Mossad operative who faked her own death to get out of the game, but whose past has come back to haunt her.

Whereas Silver was a reality-based FBI agent grappling with the rigors of running an investigation in Manhattan, I wanted JET to have no rules, no limits, no accountability except to herself. I wanted a mad rush of a book that would take the reader's breath away from the first few pages, and leave them gasping by the end. I used words like relentless and unapologetic to describe what I was thinking. I conceptualized a female Jack Bauer crossed with James Bond, with some Lizbeth Salander sprinkled on top for seasoning. A two-fisted brawler of a heroine that could be Kate Beckinsale in Underworld - just a serious heaping of female ass-kicking who could take anything you threw at her and spit the bullets back in your face. 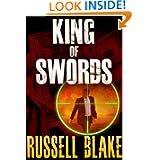 Out of that idea came JET. Twenty-eight years old. Living under an assumed identity on a small island as far from her old life as you can get without going into orbit. Trying to be normal, to bury her ugly past, and fit in. Then, bam, you're at page two, and the poop's already hitting the fan, and it doesn't let up until you turn the final page - and even then, it didn't really stop. I wanted to redefine what an action/adventure thriller could be - both in terms of the characters, the pacing, but also the language. It's odd, because JET is by far the fastest-paced book I've ever penned (or read, for that matter), and yet it's written in a manner that some have described as a kind of odd literary fiction. My editor and a few authors said it's almost a new genre. The descriptions are vivid, but more than that, there's a musicality to the cadence, a certain art, that took me completely by surprise, as page after page of it poured forth. 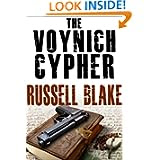 I'm releasing JET, and its sequel, JET II - Betrayal, at once, on Oct. 5, and am hard at work on JET III as I write this blog. I'm extremely excited by these books - more than I've been in a very long time. Jet is a once-in-a-lifetime character, and the plots are...well, let's just say that there should be enough twists and unexpected turns to satisfy even the most jaded thriller fans and keep them guessing.
If you only read one Russell Blake book in your life, I'd say pick up a copy of JET and give it half an hour. If it isn't clear by then, I failed. Hopefully you'll enjoy reading JET as much as I enjoyed writing it, and if you do, you'll tell a friend. 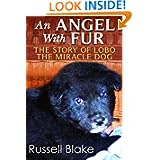 In the end, if you like a book enough to recommend it to a friend, then the author did his job.
I hope you'll find that I did mine.

Thanks Russell. And, readers, did you notice, October 5th is today, so look out for the release of Jet, Jet II, and a great new action heroine.

Russell Blake said…
Thanks for hosting me, Sheila. You are always a great friend and source of support. Hope your readers like JET!
October 5, 2012 at 6:46 AM

Anderson said…
Hurray! A lady with her own kick-butt adventure. I'm going to check it out right now. Good luck with the launch.
October 5, 2012 at 6:57 AM

Anonymous said…
We certainly could use a lot more kickass female protagonists, especially those willing to bend genre and gender restrictions. Good luck with the launch. May she kick ass in sales and on the page.
October 8, 2012 at 6:42 PM

Russell Blake said…
Thanks Sabrina. She certainly is launching well. Selling a truckload, and the reviews are glowing.

Sheila, I can't wait till you read it. I think it's some of my best work.

goraya said…
Hi
Its a nice piece of information, it will really helpful for the people who are planning to construct new house. Generally people face lot of problems while shifting an existing house. Its really a difficult task.For all those who hate wasting time My house Removals in Sutton is for you.My house removal provides you man and van services in all over UK.
October 15, 2012 at 4:50 AM

Are you afraid of catsup? 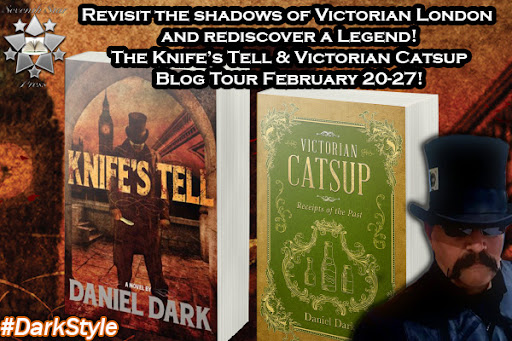 Today I'm delighted to welcome Daniel Dark to my blog. He's the author of Knife's Tell and Victorian Catsup (yes, catsup!), and he's here with a blogpost about... Fear. So... Are you afraid yet? Afraid to read his books? Afraid to read this blogpost? Well, good. Please read on...

Fearby Daniel Dark
There is something about the word fear that causes people to react different. I want to talk about my complete and unreasonable fear when it comes to writing. Some of you may have experienced some of these fears.

The fear of getting the word on the page. What if I get that dreaded Writer’s Block? Then I realized that if I could get a bunch of them I could build a fort to keep out those other fears.What if I write it and nobody likes it or it really does suck? A difficult problem to say the least, but one that I learned this crazy trick. Now listen to this and it almost always works. Rewrite it till it does not suck. Now remember just because I hate something that I have …
Read more

Who will you write? 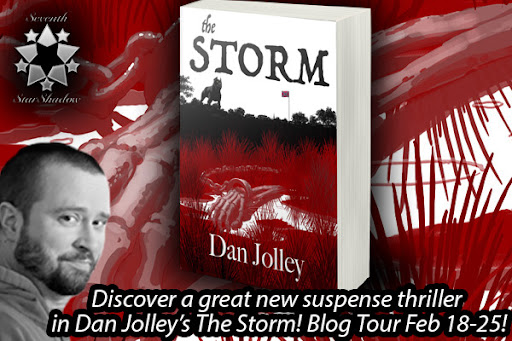 Today I'm delighted to welcome author Dan Jolley back to my blogm as he tours the internet with another suspense thriller with murder, mystery and more... But what about that whole "Write what you know" thing. Does he know murder and mystery...? Does he know murderers...? Over to you Dan!

“Writing Who You Know”
Dan Jolley
One of the things about writing that it took me longer to learn than it should have is the importance of characters.
You might be thinking, “Well duh. What are you, Jolley, stupid?”
Let me clarify. It took me longer than it should have to learn that, in many if not most cases, your characters are more important than your plot.
Basically, the only time plot matters more than characters is when you’re writing a one-off. A stand-alone screenplay, for example. The plot of The Matrix was a good bit more important than the characters, as evidenced by the utter blanks with which most of the characters presented us. What did we know about Switch, for example, o…
Read more