October 18, 2011
Author Dawn Colclasure is hosting my Flower Child Blog Tour today with a post on the parallel joys of math and writing http://dawncolclasureblog.blogspot.com/2011/10/mathematical-writer-guest-blog-post-by.html. Meanwhile I'm delighted to host Dawn here in yet another intersecting blog tour. 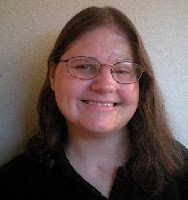 About the author:
Dawn Colclasure is a writer who lives in Oregon. Her articles, essays, poems and short stories have appeared in several newspapers, anthologies, magazines and E-zines. She is the author of seven books, among them BURNING THE MIDNIGHT OIL: How We Survive as Writing Parents; 365 TIPS FOR WRITERS: Inspiration, Writing Prompts and Beat The Block Tips to Turbo Charge Your Creativity; Love is Like a Rainbow: Poems of Love and Devotion and the children’s book The Yellow Rose. She is co-author of the book Totally Scared: The Complete Book on Haunted Houses. Her dark fantasy novel, Shadow of Samhain, is due out in Winter 2011. Her Web site is at http://dmcwriter.tripod.com/.

Over to you Dawn, and thank you for visiting my blog and hosting my tour. I know this is going to be blogpost I'll come back to again and again--naming my characters always feels like the hardest part of writing, as if by inventing them I've given them the right to choose their own names, and nothing I come up with is good enough.


How to Come Up with Character Names

Character names are probably more important than the title of your novel or short story collection. The names you give to your characters should “fit” them in some way. By “fit,” I mean ethnically, characteristically (their name’s meaning describes them or their personalities match their names) or creatively (it goes with the story’s genre). Your character’s name should also be something that readers will remember them by. A name of “Joe Smith” isn’t very memorable, least of all important. But a name like Ellerby James or Blake Kristoffsen are names that stand out.

But when trying to come up with a name for their character, what’s a writer to do in finding them? Here are some of the things that I do:

Name books. You know those little “baby naming books” they sell in the checkout aisle at grocery stores? I have been known to page through them a time or two – but not because I was expecting a little bundle of joy. It was because I was on the hunt for a good character name. One character naming book I used to cling to and make notes in was Character Naming Sourcebook, by Sherrilyn Kenyon, Hal Blythe and Charlie Sweet. This is the link: http://www.amazon.com/Writers-Digest-Character-Naming-Sourcebook/dp/0898796326. Alas, I lost my copy of this book in one of my moves to a new home, but I’ve plans to pick up a new copy soon.

Baby naming web sites. Thanks to technology, finding a name for characters is just a click away. You can visit sites such as Baby Names (http://www.babynames.com/) and the baby name directory at Baby Zone (http://www.babyzone.com/babynames/) to peruse their list of names.

Signs, advertisements and flyers. Don’t throw out your junk mail just yet; check out that letter endorsing a group or that flyer advertising a company special to see if there are any unusual or interesting names lurking within those pages. While I was visiting my brother in L.A. one day some years ago, I saw a sign encouraging people to “vote for Napolitini.” That name really caught my eye and I later used it in my NaNo manuscript.

The people you know. This trick can work in two ways. The first way is to use the names of people you know for character names. If you can’t come up with a name for your character as you are writing the first draft of your story, use names of people you know. Then, as you revise your story later and have your character fleshed out better, choose a different name. The second way this works is by talking with friends or family members about character names. Ask for their suggestions. I once asked a friend of mine if I could use her last name for the name of a character in Shadow of Samhain and she gave me her blessing. (This kind of thing can be tricky. For a minor character, it’s not so much of a risk. However, for a major character, one needs to be careful. In my forthcoming book, The Ghost of Sarah Travers, I have a character in that story named Vincent. The thing of it is, this character appeared in the story looking exactly like my daughter’s friend, who happens to be named Vincent! I received permission from his father to proceed with the name, but I’m playing it safe here. No, I won’t “baby” this character and make sure nothing bad happens to him, but I will make sure he is a character the real Vincent will think is pretty cool and something he’ll be proud of. All the same, I’m writing these stories praying I won’t be hit with a lawsuit someday. “How dare you make my son’s character dance with a ghost in Book Two!”)

Use throwaway names. Throwaway names are names that don’t make the cut. If you know a writer who decides not to use a name for a character but it’s a name you are crazy about, use it yourself. The same goes when someone suggests a baby name that you really like but the expecting mother doesn’t like the name at all. In another example, one of my sisters recently had a baby and my cousin posted the wrong middle name. I liked the middle name, but spelled differently. Once I learned this was not the correct name, I added this name to my list of future character names.

Read, read, read. When I was working on earlier drafts for Shadow of Samhain, I needed a name for one of my characters. Nothing seemed to help me come up with a name but I pressed onward hoping to find one eventually. During my research on Druidism, I came across the name of a priest “Jovan.” I liked that name, but spelled with an “I” instead. Thus, the name “Jovin” was created for my character, and it fit him perfectly.

Let your characters pick the names. I Know this sounds crazy. How dare we writers allow our characters to choose their own names? But, a lot of the times, our characters know what kind of name they should have. In fact, many of my characters have come to me fully developed and with their own names. Sometimes I get the name from them quite easily (as with my character Janay) but sometimes I’ll need to do some prodding and encouraging to get the names out of them (such as with my character Alice Crenshaw).  And speaking of characters in Shadow of Samhain, I was recently asked to change the name of the character John. The pairing of “John/Jonathan” in the story might confuse readers, so I had to change the name. In order to figure out what name to use, I turned to John’s mother, Janay. I “put myself into her mindset” so to speak and asked her what she would’ve named her firstborn. To my surprise, she had really wanted to name her son something else: Tom. This name has special meaning to her, because as  a teen, her older brother, Tom, had been killed by a drug dealer during a traffic stop. (Tom was a police officer.) She’d been close to her brother and his murder had always been hard for her to accept. So “Tom” was the name she preferred for her firstborn child.

The above strategies are just some of the tricks I use to name my characters. There are lots of other ways, of course; playing around with words, using anagrams or even getting the name from your dreams. Take some time to think about character names because they are an important part of your character and can add value to your story. With the right name for your character, your story has a better chance of leaving a lasting impression on your readers and encourage them to keep coming back for more.

Dawn Wilson said…
Thank you so much for hosting me today, Sheila! I am glad the article was helpful to you and I appreciate the share on Grabber. Good luck with your books. :)
October 18, 2011 at 4:57 PM

Gypsy Shadow Blog said…
Good info, Dawn! I most generally let my characters speak for themselves as to what their names are. Not one of them has steered me wrong yet! LOL
October 19, 2011 at 8:24 PM