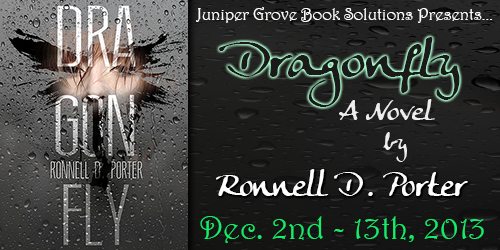 I'm delighted to welcome author Ronnel Porter to my blog today. He's from Ogden, Utah, not too far from Salt Lake City where we used to live. And his latest book is a mystery-thriller for age 18+ called Dragonfly. It's such a lovely title, I had to ask how he came up with the name, and how topics, storylines and titles all work together. (Don't forget to scroll down the page for a great rafflecopter giveaway!)

Dragonfly's title is the namesake of the network of underground sex-slave trafficking in the story, and it is called dragonfly because all involved in the network are branded with a dragonfly tattoo somewhere on their person. The story itself is inspired by the very real practice of Bacha Bazi, and a particularly depressing documentary on that subject  called 'The Dancing Boys of Afghanistan' can be found on Netflix in case you want to go from 'Feeling Good' to 'I Need Ice Cream' in 45 minutes' time. As for where the inspiration for the dragonfly tattoo came from, a family friend from my childhood had a dragon tattoo. He had gone to prison for sexual assault not long after my mother and I had left town, and when I looked him up via the state sex-offender registry, he had been released from his ten year prison early on parole and currently lived in a halfway house. And in this halfway house, eight other individuals lived with him, two of which also had dragon tattoos and had served prison time for similar crimes. Now I couldn't really have my characters running around with dragon tattoos for obvious reasons, but I thought 'if they happened to share tattoos that weren't quite as common as a dragon, what could that connection mean?'

A manager at a nearby game store that I frequented with my friends had a dragonfly tattoo on his right wrist that wrapped around like a bangle. I told him about the project and story idea, asked if he would mind me taking his tattoo and running with the idea in the story, he said it was totally fine. So the dragon became a dragonfly, because a dragonfly tattoo is common enough to be considered a coincidence, but not so common that three individuals who served prison time for the same crime living under one roof could seem suspicious.

One year later, the story was finished, edited, and finally complete. For me it wasn't just an accomplishment, but a bit of closure as well, so despite the themes, violence, and graphic nature of the story, I suppose I hold it a little closer to me than I do my other stories (even though I do love them all!)


Thank you Ronnell. It seems like the topic and title fitted really well together for you, and with that haunting cover on the book, I'm surely they will draw readers in. 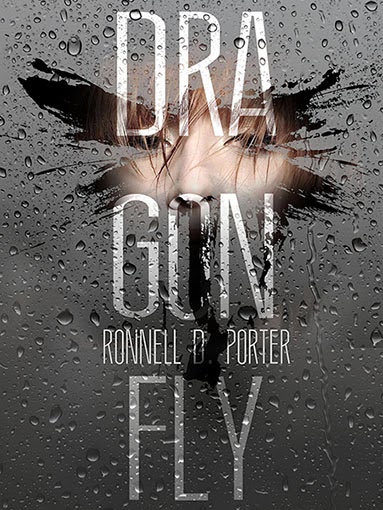 On the nights when 22-year-old Jessica Parker dreams, she relives one hellish memory—the day she was viciously raped in the woods by a man with a dragonfly tattoo. She wakes up feeling like the helpless child she used to be, and sinks back into her day-to-day life with her jaded mother, her mother’s live-in boyfriend and drug-dealer, Arnie, and her young sister, Rachel. Life seems stable enough for a while, and she almost believes that she can achieve some semblance of normality. That is until she catches word from Detective Sam Hayden that the monster that shattered her life has been released from prison.

Jessica is asked to relive her nightmarish ordeal again in order to help Hayden unravel an underground network of child sex-slave trafficking known as Dragonfly. This network hides the face of a serial killer he’s been hunting for ten years, and Jessica may hold the key to finding his identity. Together they follow every lead and struggle to unveil the dragonflies hidden among them behind the guise of neighbors, friendly strangers—even officers of the law—before another victim vanishes in a web that leaves no trace behind. 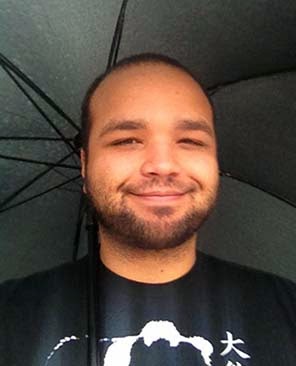 About the Author:
Ronnell D. Porter was raised in Ogden, Utah, and now resides in Denver, Colorado. During his free time he plays the violin, dabbles in graphic design, and, of course, thoroughly enjoys writing stories. He believes that a novel written simply to entertain does its readers a disservice; instead, a book’s narrative should always change the way we perceive the  world around us, and grant us a little more wisdom than we had when starting the story.

Giveaway Details:
There is a tour wide giveaway. Prizes include the following:
Visit all the tour posts and find out more: