Today I'm delighted to offer an excerpt from a new paranormal thriller on my blog--Dark Halo, by Christopher Kokoski. (Click on the picture to find more tour stops with First Rule Publicity from November 21st to December 23rd)

In a town besieged by shadowy, demonic forces, a father races against time to save his family.
Thirty-five-year old Landon Paddock has deserted his wife and daughter, abandoned his business, and secluded himself in his late parent’s southern Indiana ranch. But he’s barely lapsed into a drunken coma when a mysterious, winged stranger appears during a violent lightning storm, chasing him out into the maddening night with his estranged 15-year old daughter.
As layer after layer of reality is dissolved by a series of violent encounters, the only way to survive might be for Landon to band together with the family he destroyed to make one last stand against a sinister army of unthinkable magnitude.

With such a haunting blurb, I know I'd want to open the book and look inside. So here's what I might find. 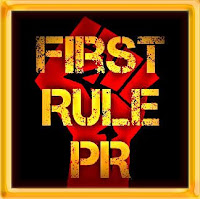 The demon’s jittery eyes bulged as Chrysanthium tightened his powerful grip around its throat. Lifted three inches off the cement floor of the lot, its dark limbs writhed and lashed in the air. The other three demons stood behind the angel, on the other side of the lot.
Chrysanthium’s chest heaved painfully, a thousand needles jammed into his skin. The demons had distracted him, deceived him. The children, he thought. They wanted the children, and they almost succeeded in taking them. He was losing his edge. If the changes within him were further along…
No, he thought, shrugging off those thoughts. He would deal with them later. Somehow. Right now, there were more pressing issues. The children.
Glancing at the boy and girl, he realized how pale they appeared, almost corpselike. Their tiny, fragile bodies twitched. Four glazed eyes stared absently back at him, the animal part of their brains having most likely descended into survival mode, fiercely denying the reality of these sudden supernatural events. This was a nightmare, they were probably telling themselves over and over. Soon mom or dad would wake them up, hold them, assure them everything was all right. Monsters didn’t exist except in fairytales.
Chrysanthium knew better. He returned his attention to the squirming demon in his grasp. “You dare defy me.”
The demon tried to squeal out a response, but his throat was too constricted.
“Are you really so desperate to be banished forever?”
Giving up on speaking, the demon vehemently shook its head, its dark hair thrashing back and forth against Chrysanthium’s arm.
“Yet you boldly disobey a direct command. You know the consequences.”
The demon was no longer paying attention. His desperate, throbbing eyes focused into the gloom beyond the angel.
The sky rumbled with thunder as the moist darkness birthed more demons from the knots of shadows around the perimeter of the lot. When the night spasms ended, Chrysanthium counted six more demons. Counting the three already in view, that made the numbers nine to one.
Yet, he sensed more of them waiting patiently in the blackness, waiting and watching the unfolding events to see what happened. Not long ago, a hundred demons cowered at his mere presence, not a single one foolish enough to challenge him. His territory frequently boasted the lowest rate of demonic activity in the South. But then things changed…
He gritted his teeth. Those thoughts intruded again. He had to regain control, both of himself and this situation. Focus, he told himself. He inhaled deeply, and at once regretted it because the stench of spoiled eggs had somehow thickened. He blew air out until his lungs emptied. Better.
Analyze the environment.
Turning on his enhanced senses, he absorbed every detail. He felt the cold cement beneath his feet, the colder flesh of the demon’s throat against his fingers. He felt the minuscule weight of his wings on his back and the wind whispering over his skin. He heard the wincing clap of thunder and the subtler slow scratching of feet moving across the lot.
Sobbing. He also heard sobbing.
His gaze slid to the children. Tears rolled down the little girl’s ruddy cheeks, her eyes no longer ignoring the grim reality and instead eyes seeking his face. When she noticed him observing her, she silenced her emotion mid-sob and quickly looked away. What had she seen in his face? he wondered. In his eyes?
Focus, he told himself silently. Focus.
Analyze the environment.
Twelve demons encircled him now. So measured were their steps a human might not detect the dozen fiends encroaching, slowly tightening the noose around their prey. He smelled the familiar, musky scent of the hunt, registered the animal hunger in their dead eyes.
Plan your strategy.
“Are you sure you want to do this?” he asked no one in particular. To punctuate his point, he squeezed his hand and the demon he held moaned weakly. Its legs no longer kicked.
“You should know by now,” said the one who had angered him earlier. “We are simply following orders. We have been waiting for you to be unprotected a long, long time.” His dark eyes glimmered. “Besides, once you are… out of the way, we’ll have free reign with the humans.”
The noose tightened.
“Don’t worry,” the demon hissed, “We have orders to keep you alive.”
“Keep me alive?” Chrysanthium laughed. Then he lowered his voice to the deep, trenchant tone of authority. “I will kill all of you.”
Attack.
With blinding speed, Chrysanthium pitched the demon in his hand at the three demons that had first revealed themselves. The degenerate imp torpedoed across the lot, colliding with all three targets, slamming them backwards onto the cement.

and then... But you'll have to read the book 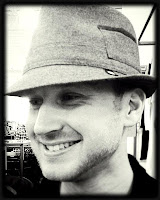 Christopher was born in Kansas, the son of an Army Ranger and Black Hawk pilot. He grew up in Kentucky and Germany, and graduated from Murray State University in 2002 with a degree in Organizational Communication. He spent the next three years laboring over his first book, Past Lives, while getting married to his college sweetheart, having a beautiful daughter, and more or less finding his stride in life.

He currently lives in Southern Indiana and works in Louisville, Kentucky as a national trainer. He has presented at local and national conferences on a wide spectrum of topics including communication, body language, cultural sensitivity and influence. Other notable activities include writing articles, short stories, novels and training materials for national and international audiences.
Christopher continues his passion and dedication to writing by working on additional novels, including a sequel to the Past Lives series. His most recent book is the standalone paranormal thriller, Dark Halo.

And where to find him: