I recently read and reviewed Carolyn Moncel's 5 reasons to leave a lover, a novella and two short stories that deal with love, cheating, cruelty, deception, ambivalence and death. The stories, like the author, travel the world from the US to Europe, and, as an English American, I wondered if the author felt the "reasons" might be viewed differently from different cultures. Carolyn Moncel very kindly gave me her thoughts on the subject, so, over to you Carolyn, and thank you for visiting my blog today.


French vs. American Attitudes Regarding
One Reason to Leave a Lover

“Chérie, I must say that your people place way too much emphasis on affairs.” 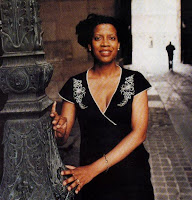 These words are uttered by a male French character in my upcoming collection of short stories called Railway Confessions. I think his response generally encapsulates well what the French, in particular, may think about Americans when it comes to at least one of the reasons highlighted in my book, 5 Reasons to Leave a Lover.

To recap 5 Reasons to Leave a Lover is my second book, and it’s a collection containing a novella and two short stories focusing on love and lost. American Ellery Roulet and her French husband, Julien, from my first book, Encounters in Paris, return— this time involved in an emotionally-charged love triangle, and along with two other couples, explore how different types of love relationships splinter due to abuse, ambivalence, deception, cheating and even death.

It’s a very realistic collection. In addition to finding inspiration in Paul Simon’s song, “50 Ways to Leave a Lover,” other scandals including that of former South Carolina governor Mark Sanford and former International Monetary Fund (IMF) Director, Dominique Strauss-Kahn (DSK) were influential . But also on the other side of the spectrum, couples like Bill and Camille Cosby who have been married for over 45 years or the late Paul Newman and Joanne Woodward who were also married well over 40 years had an effect on the stories created as well. However, the most revealing insight came after interviewing ordinary people (both French and American) who were just trying to make it through their marriages each day. I came to realize that maintaining relationships is hard and downright complicated.

Now cheating is an uneasy subject to be sure; fraught with complexity, but it is also one topic that I do like to discuss because it generates such a strong reaction among readers. It also perfectly illustrates some vast differences between French and American cultures.

About five years ago American journalist and Parisian resident Pamela Druckerman wrote an intriguing book called Lust in Translation where she examined how cheating in general was viewed around the world. A lot of what she wrote about French culture and their reactions to infidelity was basically correct. Both the French and Americans cheat at relatively the same rate but how each culture deals with the problem itself is quite different. While Americans may view infidelity as both a personal and spiritual assault, the French tend to replace morality with rationality. For instance, an American may look at the situation of infidelity and conclude, “my spouse cheated and now my marriage and life are over.”

Conversely, a French person may look at the same circumstances and come to a different conclusion: “my spouse cheated, but my marriage may not be over and my life certainly isn’t.” I think the French often view infidelity as an inevitable occurrence – especially over a long life span of a relationship). Whereas an American woman may confront her spouse, the French woman, by contrast, may not. She may not want to jeopardize her quality of life or status. Keeping quiet could give her a chance to win her husband back or select her moment and means of retaliation.

Whether one is discussing cheating or any of the other four reasons, the perspectives are roughly the same: a person will leave (either literally or figuratively) a relationship if it becomes impossible to stay. Americans may find any one of these transgressions grounds for leaving a relationship. However, as one French friend revealed, priority is placed upon the deed, so deception would be at the top of their list of transgressions while cheating would be considered the least offensive act of all.

Maybe the interview that I conducted with an elderly French woman explains it all. She told me that in the 60 years that they had been married, she and her husband had been through everything together and had weathered the storms. She said ‘When you get as old as we are and death is near, you are not thinking about who cheated on whom. It’s more about did you really enjoy one another while you still had the chance. Everything else is irrelevant.’ The bottom line here is this. A person can leave a relationship any time they want but that doesn’t make the decision to do so any easier. Honestly at the end of the day, people can say hypothetically what they would or wouldn’t do if presented with any of these five reasons, but no one really knows what path they would take until it happens to them.

Thank you for visiting my blog today Carolyn. I really enjoyed reading your post.

About Carolyn Moncel
Carolyn Davenport-Moncel currently resides in Lausanne, Switzerland with her husband and two daughters. Her previous work includes Encounters in Paris – A Collection of Short Stories.


About 5 Reasons to Leave a Lover
Published in September 2011 by Mondavé Publishing via CreateSpace, 5 Reasons to Leave a Lover – A Novella and Other of Short Stories is now available in paperback and also in all digital formats at all major online bookstores including, Amazon.com (http://bit.ly/cB9bfR), BarnesandNobles.com and Smashwords.com.  The retail price for paperback is $13.99. The Kindle edition is $5.99.  Single story downloads start at $.99.  The ISBN number is: 978-1456339272.  Ms. Moncel is available for appearances, book club discussions and interviews.
guest post

jaylen watkins said…
Thanks for updating with this. Criminal must be punished earliest.