Prefering to walk when the world wants to run. Meet author Digonta Bordoloi

August 01, 2013
Today I'm delighted to welcome author Digonta Bordoloi to my blog. His novel Slow is the story of a boy who preferred to walk, when the world around him was gearing up to run.


About Slow:
Baba is born in a remote corner, sheltered from modern development. His father’s job takes the family from town to town, and with each move, Baba comes to terms with his new life. He spends an idyllic childhood doing things at his own pace, bending the rules whenever he can. And then the unthinkable happens...

Intrigued? Then read on and find out more about the book and the author. Over to you Digonta...


Sheila, thank you so very much for inviting me to your blog! Where do I start...hmm...

The concept for Slow... came to me during a pause in life. I had been in the corporate world for fifteen years – most of my working life. During that time I thought my job was the most important thing, only occasionally taking a vacation to attend to other things. When the recession hit I was living and working in Uganda. My employer decided to cut costs, and for the first time in my adult life I had time on my hands.
Quite unexpectedly I found that the seven or so months I was out of a job turned out to be a wonderful experience. My mind was really set free, not stuck to a routine. It was during this time that I started writing Slow... https://www.facebook.com/SlowENovel
Extract from Slow...“...The streams from the teak leaves fell onto the fern leaves of krishnasuras, which took what they needed and sent the excess back into droplets. On the ground, drips gathered in tufts of taro leaves, the runoff forming rivulets. The whole scene was a relay race, welcoming water from the skies to the thirsty plants and ground.
Absorbed in the scene, Neloy stepped into the rain and let the drops penetrate his skin. He looked up at the sky and let everything it had pour down on him. Slowly, slowly, it felt as if the rain was washing all the accumulated stress out of him...” 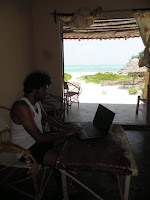 For the next three years I wrote off and on, between fulltime work and the odd pause break (that’s me writing during a barefoot month in a fisherman’s hut on Zanzibar). After receiving a few positive feedbacks from experts, family and friends, I revised the entire novel for the next year and a half. It was also a tremendous help that my wife, Susie, stood by me and also did a thorough job editing Slow... and polishing up!

Extract from Slow... Chapter 6:“...On the road below our house the mountain bulged out a bit and created a blind curve. Because of this sharp bend the road had been widened to make space so turning vehicles didn’t bang into oncoming traffic. That extra-wide curve was our bonfire zone. After dark there were hardly any cars that braved the hills and passed on that or on any other road in town. Only ghosts in grandparents’ stories roamed the chilly streets of Kohima after 7pm. So, in order to stave off the chill, and maybe to keep the ghosts at bay too, we had a plan. The twigs and branches that we collected during the afternoon were there waiting for us at the curve. A little downhill was a big pile of bricks that the surrounding vegetation had claimed back. Within this old brick stack, on the side facing the gorge, behind the ninth brick from the left, sixth row from the top, was a hidden chamber that held a match box and a bottle of kerosene; a precious supply that we took turns to replenish.
To compensate for our twig gathering and hard work at lighting the fire, Riku and the other older boys who arrived late after their homework, would bring along some goodies. These goodies included anything edible that was not noticeably important in the kitchen- all manner of things from potatoes to pig ears.”


Chapter 17: “...On the small first floor veranda the grand wooden chair looked cramped. As Baba floated over he also realized that the chair was not empty. On its seat was a thick stack of newspapers and magazines. Instead of Bardalaye bottoms, Koka’s chair had now been assigned to carry stories of the burdens of the world. As Baba looked on, he heard the sliding of a door and became aware of a shuffling. With hesitant steps a man walked along the veranda pulling behind him a chair made of plastic, faux leather, foam, and ugliness. Staring straight ahead with fixed concentration the man positioned the unsightly contraption right next to Koka’s chair. Baba stared at the new seat, further cramping and cornering the beautiful wooden chair. The man, a mask of age covering his face, lowered himself into it. As Baba’s attention was drawn to his face, a bolt of recognition hit him; that man was Dauta... his father, Mukund.”

Anonymous said…
This sounds like a book that is both enjoyable and will teach a little something along the way. Thanks Digonta - I'll certainly pick myself up a copy, and recommend it to all my friends who need to remember to stop to smell the roses!
August 1, 2013 at 2:52 PM 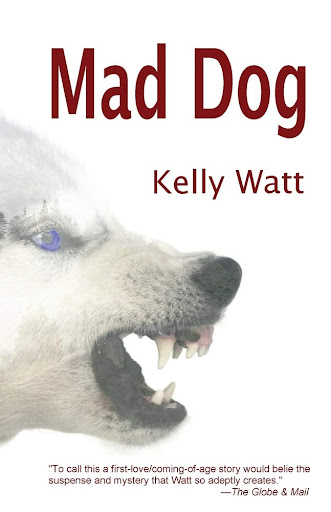