Why I Write for Teens, by Helen Sedwick 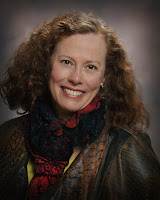 I'm delighted to welcome author Helen Sedwick to my blog today. I have her young adult novel, Coyote Winds, on my to-read pile and I'm really looking forward to it:

an historical novel set on the western prairie in the years before the Dust Bowl, a time of optimism and confidence, a time when a man was measured by what he produced not what he could buy. When thirteen-year old Myles brings home a coyote pup half-blinded by a dust storm, his father warns him a coyote can’t be trusted. His neighbor loads his rifle and takes aim. Yet Myles is determined to tame the pup just as his father is taming the land.

Of course, the land may prove hard to tame...

Seventy years later, when Andy remembers his Grandpa Myles’s tales about growing up on the prairie, he wonders what stories he will tell when he has grandchildren. Algebra, soccer practice, computer games, a day at the mall? Determined to keep his grandfather’s memories alive and have some adventures of his own, Andy heads out to discover what’s left of the wild prairie.


Helen Sedwick was a finalist in the 2011 Mainstream Fiction Writer’s Digest Competition and the Lorian Hemmingway Short Story Contest. She recently won second place in the Redwood Writers Flash Fiction Contest for a piece adapted from COYOTE WINDS. She is a lawyer and lives in the Sonoma wine country with Howard Klepper, a builder of handcrafted guitars, and an exuberant hound dog named Farlow.

Find out more at http://www.helensedwick.com

or watch the Coyote Winds book trailer at http://www.youtube.com/watch?v=eesQ89VaVF0

And now, read on to learn why Helen writes for teens. Over to you Helen...


Why I Write for Teens?

At 13 years old, I was too nerdy to be a tomboy and too tomboyish to be a nerd.
As a middle child, I was too young to be a big girl and too old to be a baby.
In school, I did well enough to be called smart, but was too boisterous to be considered good.
I hated it—not knowing who I was and where I fit in. I was stuck in the in-between, and it felt awkward, frustrating, and terribly lonely.
I write for adolescents in the hope that I can help at least one young reader feel less lonely.
Lonely? Today’s teenagers who run in packs and share every thought via smart phone?
Frankly, I suspect all that connectivity has only intensified the dilemma of who to trust, respect, or love, and who to avoid, ignore, or fear. With the social terrain shifting so publicly and so quickly, the risk of making a humiliating mistake must be worse than ever.
Look at your children’s on-line social media pages. They are portraying themselves as characters, not flesh-and-blood people. They are trying on different masks. Behind those masks, there is vulnerability. Nothing is more lonely than vulnerability.
Since I was a teenager, I have always written, whether it was journals, plays, short stories or novels. A few years ago, I took a step back from my writing to see if my work contained any recurring themes. It was easy to see. I came back to it over and over again. My characters were almost always in the process of figuring who they were and what role they played, or were expected to play, within a family. Would they live their lives hidden behind the masks they created or which were handed to them? Or would they find a sense of self other than that mask?  Although we face these questions all our lives, they are most palpable during adolescence.
I wasn’t aware of this pattern when I started writing COYOTE WINDS, but I certainly see it now.
COYOTE WINDS tells the story of two boys living seventy years apart, yet facing similar issues. Growing up on the southern prairie in the 1930s, thirteen-year old Myles tells corny jokes and doesn’t take life seriously. Yet, he wonders if he will ever be a man like his father who “could build barns, string fences, tune a tractor, and plow the straightest furrows,” instead of a boy who “bent nails, splintered boards, and once nearly sawed off his thumb.” He rescues a coyote pup injured in a dust storm, hoping to tame something wild just like his father is taming the land. But as the seasons pass and dust begins to blow, Myles comes to regret following in his father’s footsteps.
Compared to Myles’s boyhood, his 21st century grandson Andy feels like he lives in a bunker. He can’t ride a bike without a helmet, play soccer without pads, or ride in a car with a driver under thirty. His mother checks his homework, charts his grades, and warns him that his mistakes will count for the rest of his life. When Andy listens to Grandfather’s Myles’s stories about the prairie, he wishes he too had a unfenced boyhood of hunting rabbits and snaring rattlesnakes. Taking a chance for the first time in his life, he sets out what’s left of the wild prairie.
By the end of the novel, both Myles and Andy come to question their parents’ choices and start to make their own. They are moving past the in-between phase.
This in-between time of life is awkward, frustrating, and lonely.  But also fresh, challenging and exhilarating. By writing for teens I get to feel all of that over and over again.

Julia Drake said…
Thanks for sharing Helen. I loved what you said about teens presenting themselves as characters in their social media profiles and interactions rather than being themselves. So true.
March 15, 2013 at 8:23 AM

Sheila Deeth said…
It is isn't it. Thank you Helen. I really enjoyed your post--made me think about teens and social media differently.
March 15, 2013 at 4:35 PM