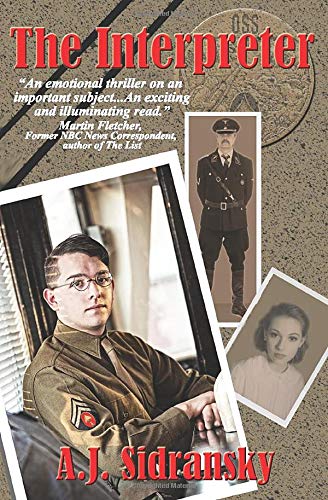 But the truth is, we've lived - as a nation, as a world - through far worse times, as A.J. Sidransky's The Interpreter most evocatively and powerfully reminds us.
When I first read this book (an pre-release ARC copy) I was struck by all its connections with the (then) present day, the plight of immigrants, the betrayal of hope, the interpretation of actions and words. Now I'm struck by its continuing relevance to today's fears and isolation. Perhaps that's the mark of a really good read. 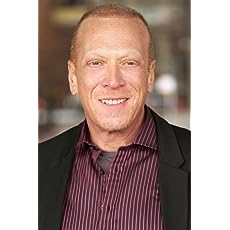 So let me introduce the author: A. J. Sidransky has published three other novels since 2013. Forgiving Maximo Rothman was selected as a finalist in Outstanding Debut Fiction by the National Jewish Book Awards. Next Generation Indie Book Awards selected his next book, Stealing a Summer's Afternoon, as a finalist for Best Second Novel in 2015. And his third, Forgiving Mariela Camacho, received the David Award from Deadly Ink! Writer's Conference for Best Mystery of 2016. He lives in Washington Heights in Upper Manhattan with his wife and he's a dyed-in-the-wool New Yorker.

His latest novel, the Interpreter, is available from Amazon at https://www.amazon.com/Interpreter-J-Sidransky-ebook/dp/B084VG3D3L/ and from Barnes and Noble at https://www.barnesandnoble.com/w/the-interpreter-a-j-sidransky/1136674741?ean=9781644372173

and here's my review:

The Interpreter by A.J. Sidransky

Living in Vienna, but born in Austrian Galicia, Hertz might be Polish or Austrian. And the difference could make all the difference to his chances of immigrating to the US. It’s a situation all too familiar to refugees today. But the backdrop is a little longer ago, World War II and the persecution of Jews, as vividly depicted in A.J. Sidransky’s novel, The Interpreter.

Kurt, son of Hertz, has struggled alone after being sent away from home for his own protection. He’s found family and friends in his foreign land… and love, but he doesn’t quite belong. Meanwhile Elsa has a secret that makes it even harder for her to fit into Viennese Jewish society. Love unites them. Life tears them apart, and tears Kurt’s heart. Later, when Kurt has joined the American army and begun to interpret for a German prisoner, he returns to their “home” and both Elsa and her secret prove hard to find.

Kurt’s job is to interpret words. His nature is to interpret actions. And his life is an interpretation of what those actions have wrought. In one awesome scene, a family wears the mask of the enemy, but who wears the enemy’s mask now, and who can he trust?

Trust of others, trust of self, and being true to oneself and to one’s past, all these come together in an evocative, heartbreaking novel, echoing the truth of a thousand stories, and reminding the reader, remembrance is more powerful and more empowering than forgetting. Let us remember, let us overcome, and let us move on.

Disclosure: I was given a prerelease copy and I freely offer my honest review.