Today I'm delighted to feature Khan Ha's novel, Mrs. Rossi's Dream, a thoroughly absorbing story of guilt, forgiveness, sense and sensitivity... echoes of war and inhabitants of peace. It's nothing to do with Lent, but it seems a perfect choice to add to the reading list. 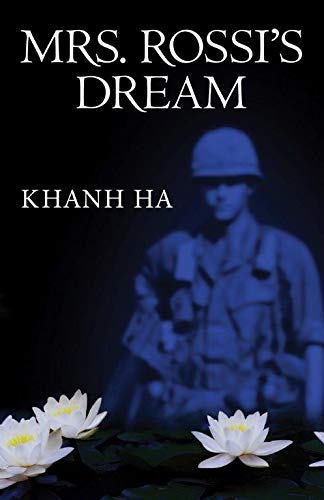 Richly sensory, gorgeously descriptive, harrowingly disturbing, and beautifully told, Khan Ha’s Mrs. Rossi’s Dream brings to life a different side of Vietnam—not just the war (though this should surely be a must-read for anyone wanting to see the different sides of conflict), but also the aftermath of peace. It’s a tale of contrasts, comparing the hard-fought freedom of a “traitor” who, after years of captivity, simply gets on with his life, and the desperate longing of a woman, Mrs. Rossi, held in thrall by the absence of her son. Vietnam’s peaceful forests are contrasted with the death and destruction haunting their past. Vietnam’s people contrast with the Vietnamese American daughter rediscovering the land of her birth. And the pain of humanity is gorgeously contrasted with the mystery of place.

In the mists, we might see ghosts. In the mud, we might find bones. Mrs. Rossi looks for the bones of her son, while her daughter learns to see the phantoms of her world. Meanwhile the caretaker, Giang, inhabits his life quietly, drifting in and out of other lives, unanchored like a shade.

The living Giang and the ghost of Nicola Rossi tell this tale of quietly intersecting lives and places, haunted and haunting terrors, friends and foes, and the desperation of unwanted war. Without casting judgement, simply existing and retelling the things they’ve seen and heard, these voices must echo the cries of war’s ghosts everywhere, and so we are all invited into the dream.